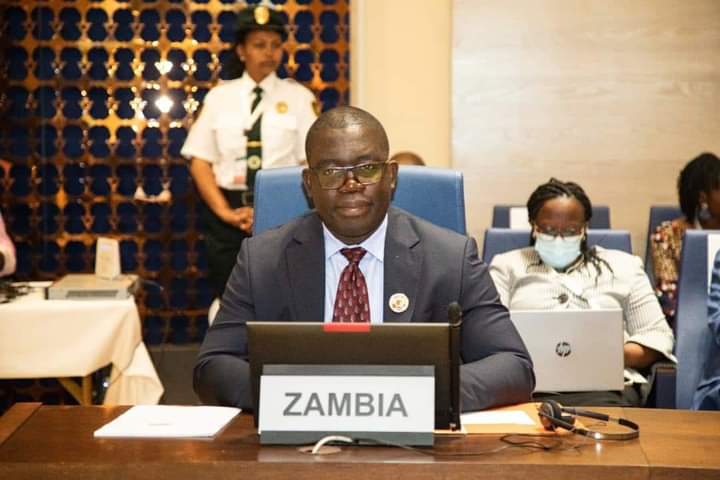 ZAMBIA expresses interest to host the summit for youth entrepreneurs-Chipoka

ZAMBIA has expressed interest to host a summit for youth entrepreneurs, which will attract participation from all the African Union Member States.

Minister of Commerce, Trade and Industry Chipoka Mulenga disclosed Zambia’s expression of interest during the executive Council meeting of the African Union in Niamey, Niger.

According to a statement by issued by First Secretary for Press and Tourism at the Zambia Embassy in Addis Ababa, Ethiopia Inutu Mupango Mwanza, Chipoka said youths and Women needed more support if they were to make a meaningful contribution to growing economies on the continent, which would improve their livelihoods.

He also called on the African Union Commission to ensure that it puts up a mechanism that will strengthen the rules on the origin of products to prevent the continent from being a dumping site of substandard goods and avoid trans-shipment of goods not originating from Africa.

Chipoka said it was unfortunate that some African Countries were purchasing goods from outside the continent and merely branding them as African, a situation he said should be avoided at all costs if Africa is to develop.

The Commerce Minister said Africa would only compete favourably with other continents if the products produced were of good quality.

Chipoka is in Niamey to represent President Hakainde Hichilema at the AU Extraordinary Summit on Industrialization and Diversification and the Extraordinary Session on the African Continental Free Trade Area.

And speaking during the opening of the Executive Council, African Union Commission Chairperson,Moussa Faki Mahamat, said the Continental Free Trade Area might face obstacles in being achieved unless challenges faced by Africa in terms of moving from one region to another were addressed through the implementation of infrastructure development programs.

He said Africa has a chance to build its capacity and take advantage of emerging opportunities to emerge as a partner to reckon with within international economic discourse.

The Executive Council will be followed by the AU Extraordinary Summit on Industrialization and Diversification and the Extraordinary Session on the African Continental Free Trade Area, which officially opens tomorrow.