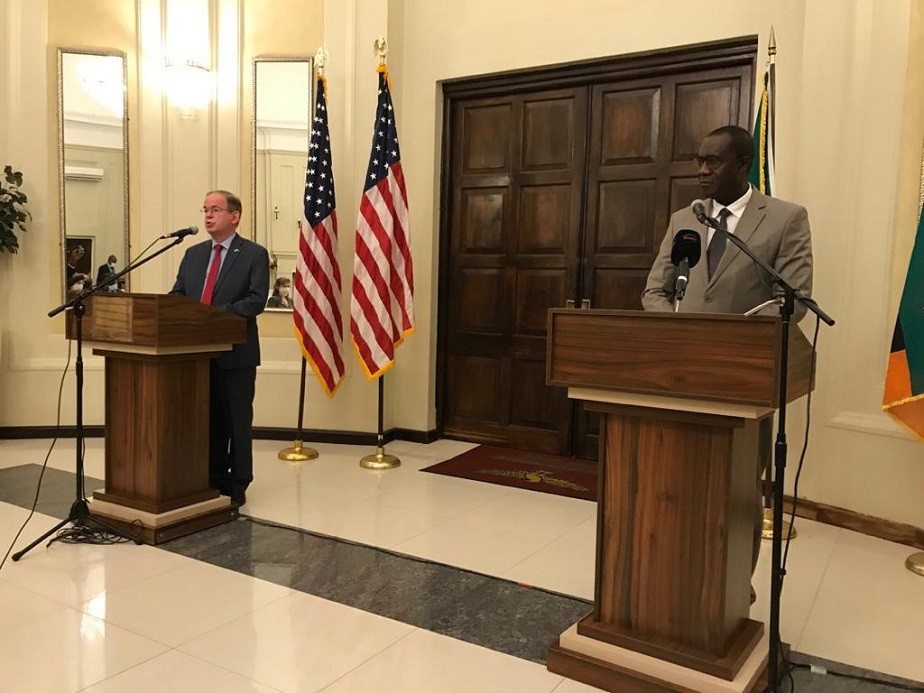 The United States government has announced a 39-billion-kwacha five-year development program for Zambia.

US Charge d’ Affairs David Young says the program will be utilized in the area of General Education, Tourism, health and agriculture.

And President Lungu thanked the American government for the support which it has continued giving to Zambia.

President Lungu said the US government has since Zambia’s Independence in 1964 provided support in the Education, health and other sectors of the economy.

He also informed Mr. Young that the Minister of Finance is doing everything possible to manage the debt situation.

And speaking during a joint press briefing with Finance Minister Bwalya Ng’andu, Mr. Young said the announced 39 billion Kwacha will be used to improve health, literacy and food security for the vulnerable in society.

Mr. Young said the announcement of the program is an indication of the excellent relations between Zambia and the USA.

He said this is why Zambia is one of the highest recipients of assistance from the USA in the SADC region.

Meanwhile, Dr. Ng’andu assured the American government that the money will be put to good use.

He said the program will supplement government efforts to fight poverty and improve the economy.