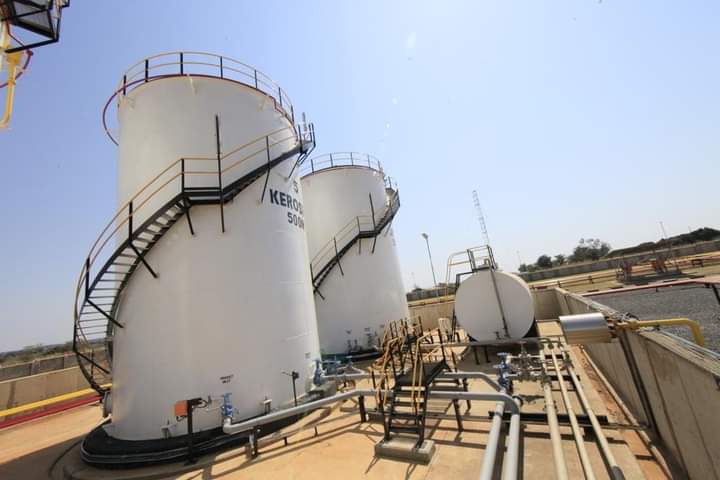 The Minister of Energy Hon.Eng Chibwe Kapala officiated at the commissioning of the 38-million-United-States-Dollar state-of-the-art fuel depot in Kasenengwa in Chipata, alongside Eastern Province Minister Hon Peter Phiri MP and other senior officials including the Chipata Mayor George Mwanza, Chipata District Commissioner Elidah Tyson Mwanza and the Managing Director for TAZAMA.

Dalbit International, who were the main contractor assigned to build the depot, and BSL Infrastructure, the sub-contractor, handed over the facility to the government on completion of the construction assignment.

TAZAMA Pipelines will manage the facility on behalf of the GRZ.

The depot was built in line with the GRZ’s 7th National Development Plan, which seeks to improve storage capacity, ensure a steady supply of fuel and create a month of strategic reserves. The 7.08-million-litre Fuel Storage Depot is expected to improve fuel supply and enhance security of fuel supply in Eastern Province. The storage capaacity of the facility is broken down to 4 million liters of diesel, two million liters petrol, and 580 thousand liters Jet oil and 500 thousand liters kerosene. Based on consumption patterns and projections, the petrol reserves at the depot should last for 32 days and those for diesel should last for 52 days at each filling occassion.

This facility will alleviate the constraints that existed on the Uniform Petroleum Pricing Mechanism and allow for more efficient fuel imports by increasing storage capacity to handle larger cargoes. The cost of fuel handling will also fall by ensuring tankers are immediately offloaded.

The Chipata Fuel Depot is located in an area with a high potential for biofuel feedstock including a sugar belt. This means that it could be used as a blending plant for bioethanol petrol blend in the future.