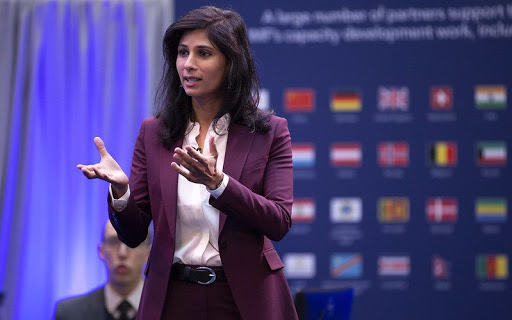 Washington based lender the International Monetary Fund – IMF has named Preya Sharma as Zambia’s resident representative taking over from Alfredo Baldini who was deployed back to the fund two years ago. This appointment comes at a time when the copper producer is in the labyrinth of debt restructure talks with Chinese and dollar bond (holders) creditors seeking reprieve given amplified disease pandemic effects. Zambia, has had no resident representative for two years which made any IMF engagements bleak until the last week of June after the Denashwar Ghura led Article IV Mission team visit when the Southern African nation was mandated to commence talks for possible bail out.

Zambia’s economic bailout journey, has been a mirage for over 3 years which has cost the red metal producer investment flows and fiscal posture support as its debt to GDP has widened significantly from 55% (2017) to 104% (2020) causing debt sustainability concerns. The appointment comes at a time critical as default risks loom in the wake of a vague stand-off on coupon payment holiday solicitation request where Zambia was this week given a life-line following a voting extension by bondholders to November 13. This was necessitated by failure to meet quorum at the initial voting date due to the diverse nature of the creditor class. A coupon payment of $42.5million on its 2024 Eurobond fell due on October 14, after which Zambia will decide wether or not to liquidate within 30 days. However rating agency Standards and Poor’s on October 21, lowered the red metal producers credit assessment to selective default (SD) the lowest of credit ratings from CCC- while the other agencies are expected to downgrade Zambia similarly.

Having a resident representative is a positive signal for Zambia as it urgently makes strides towards a fully funded program though it is highly unlikely to have a bailout package before August 2021, elections contingent. However Zambia’s debt restructure efforts put it in good stead with the IMF as this was a requirement for furtherance of negotiations. In the interim, Zambia will seek a Rapid Credit Facility (RCF) to aid absorption of COVID related economic shock impact which will hopefully graduate into a fully funded program next year, post the polls.

Sharma is an economist from the London School of Economics and Political Science and holds a Master of Public Administration with a major in International Development from Harvard University. She has served as Special Assistant to the Liberian Minster of Finance, World Bank Macroeconomic Consultant, Treasury Head for HM Treasury and last served as Special Assistant to the Director at the IMF.