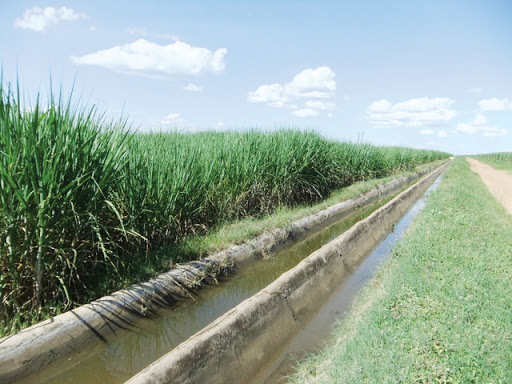 Spread the love
Post Views: 448
A multinational company has started works to establish a sugar plantation in Mansa’s Matanda area.
This is a fourth company setting up a sugarcane plantation in Luapula Province after Mansa Sugar, Kumil Energy and Kawambwa Sugar.
Lake Petroleum Director Abdulaziz Ahmed has disclosed this in Mansa when he paid a courtesy call on Luapula Province Minister Nickson Chilangwa at his office in Mansa.
Mr. Ahmed explained that the company has acquired more than 4000 hectares of in Chief Matanda’s area where it would establishing a sugarcane plantation to produce sugar.
Mr. Ahmed said Lake Petroleum was setting up a plantation and processing plant with a capital injection of over eight million United States Dollars.
And Mr. Ahmed disclosed that compensating settlers who own farms on the acquired land had already started.
He said the company would also rehabilitate the Kabunda -Matanda road which leads to the land which has been acquired.
And Mr. Chilangwa who has welcomed Lake Petroleum’s investment in Mansa has assured the company of the Provincial Administration’s total support in its quest to set up the sugar estate.
Mr. Chilangwa explained that the number of companies and individuals expressing interest in investing in Luapula Province has kept on rising.
The Provincial Minister said his office was overwhelmed by the number of calls he was receiving from would – be investors adding that not less than 10 companies were calling him on a weekly basis to offer investment pledges.
And Luapula Province Permanent Secretary Charles Mushota said that the Luapula Expo which was held in 2017 is an ongoing project which has never ended.