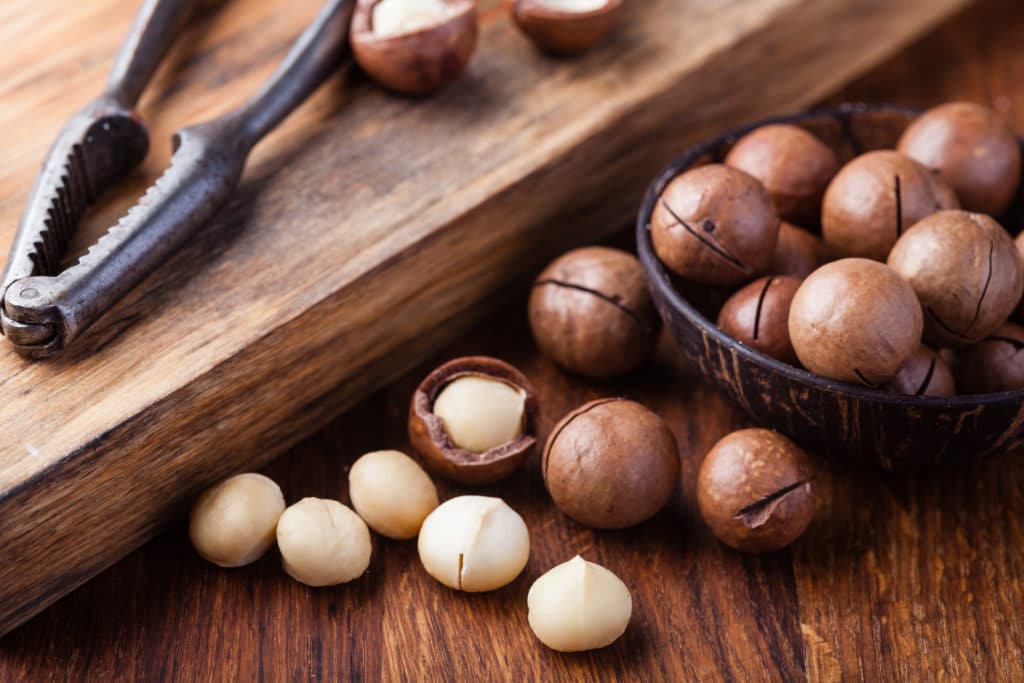 The macadamia nut is the most expensive nut in the world, retailing at over $50 per kilogram. Patrick Mukundi Mbogo, who in 2010 was working in a bank in Nairobi, tells How we made it in Africa exactly what piqued his interest in the lucrative nuts, and how he turned a small trading enterprise into one of Kenya’s largest macadamia exporters.

The world’s most lucrative nut

“I was working at I&M bank, and there was this one customer who would come in every month looking to sell huge amounts of US dollars. It was unusual because normally people want to buy dollars, not sell them,” recalls Mukundi.

“I got talking to him, and he told me that he traded macadamia nuts. I knew there were a lot of macadamia trees near where I was from in Embu (around 130km north of Nairobi), some of which were rotting away. So I did some basic training, learnt how to check for good quality nuts, and started a small operation. I would buy the raw nuts from farmers and sell them to my former customer.”

Mukundi’s big game-changer came when he won his first international client. “I had an old friend who was working for the Export Promotion Council. He introduced me to an investor that wanted to source macadamia nuts in the country. The investor – Swiss Gourmet – and I set up a small joint venture in Thika town, which they would help pre-finance.

“In the beginning, all the cracking and processing of the nuts was manual. We would ship three or four containers – upto 70 tonnes – a year. Swiss Gourmet roasted some of the nuts themselves, but they sold the vast majority of the nuts to third parties.”

By 2013, Mukundi could now afford to expand the factory himself. Swiss Gourmet wasn’t able to buy more than a few containers a year, so the joint venture was mutually terminated, and the now-independent Privamnuts was free to sell on the open market, with Swiss Gourmet as its first customer.

“We began constructing a new facility on our own land in Embu, and we were soon exporting to around 10 customers, some of whom had previously been buying through Swiss Gourmet. Others we secured through cold outreach and sending samples. By 2016, we were shipping 12 containers a year and at times would have upto 500 workers in our factory.” 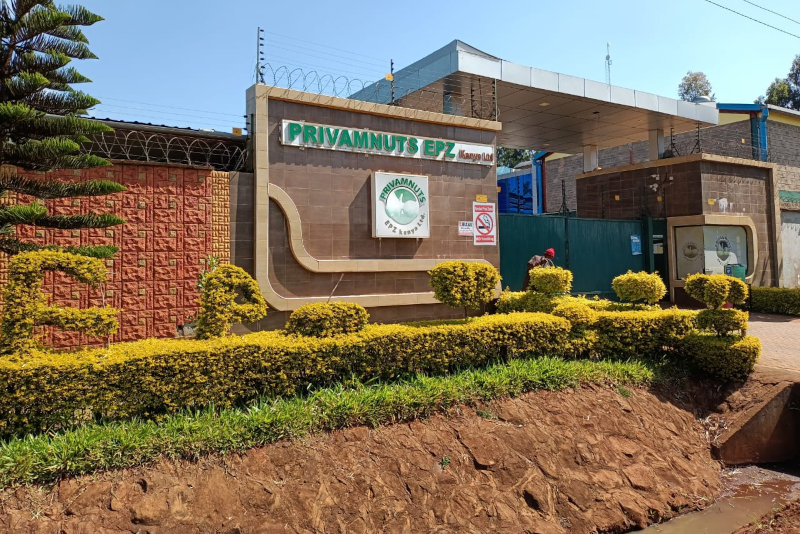 Mukundi maintains that cash flow is the biggest burden to a successful operation – significant costs such as the buying of raw nuts and construction of processing facilities all need to be paid for in advance, long before any revenue is realised. One of the reasons the nut is so expensive is because it takes at least three years for a tree to start producing nuts. Without external investment, business growth can be slow. “When you first deal with a customer, they only pay after they receive and inspect the goods. It takes time to build up trust and negotiate better payment terms.”

Certification is also a big cost. “Buyers from the United States or Europe will not buy from you if the facility is not fully certified. It’s very expensive and time-consuming to get to that point. We started off using HACCP, which is the most basic food safety management system. This meant buyers were willing to buy from us. Gradually we worked our way up to higher food safety standards.”

Privamnut’s current facility has a capacity to process around 7,000 metric tonnes per a year of raw nuts. Once the nuts have been dehusked and deshelled, this results in around 1,200 tonnes of exportable kernel.

“The amount of raw nuts we have been able to process has risen dramatically from around 1,500 tonnes in 2016 to around 4,000 in 2020, but that is still far below what the factory is capable of producing.

“Currently we sell all of our product months in advance, and even if we processed to our full capacity 7,000 tonnes a year, the demand would still be much higher than our supply.”

The prices of macadamia nuts have changed significantly since Privamnuts started operating. The price at which the company buys its raw nuts from farmers has fluctuated between lows of around Ksh. 70 (around $0.60) per kilogram – such as during the coronavirus pandemic – and highs of over Ksh. 160 ($1.50) per kilogram, with a long-term average of around Ksh. 120 ($1.10) per kilogram. A full 20ft container of shelled macadamia nuts can now sell for upto $300,000, almost double what Mukundi would receive when he first started out.

Kenya is the third largest producer of macadamia nuts in the world, behind Australia and South Africa, with total exports of around 8,600 tonnes of kernel a year. By Mukundi’s calculations, that makes Privamnuts the fourth largest of around 10 major macadamia exporters in Kenya.

“When the industry was still young, Kenya did well to put in place initiatives to ensure that every processor helps invest in primary production. So we contribute and every year the country plants something like 1 million new seedlings. There is enough international demand to support a lot more growth in production.”

Mukundi is also looking at diversifying into other agricultural products, such as dried fruit. “Most of our customers buy a range of different agricultural products, so we have market access. Once you make inroads in one product, other products become easier. The key is just getting into that arena, talking to buyers and building up trust.”

Zambia Inc Credits James Toryaney and How we made it in Africa.

James Torvaney is a business consultant and financial advisor specialising in West Africa. He has worked with clients across a number of sectors, including technology, manufacturing, consumer goods and hospitality.