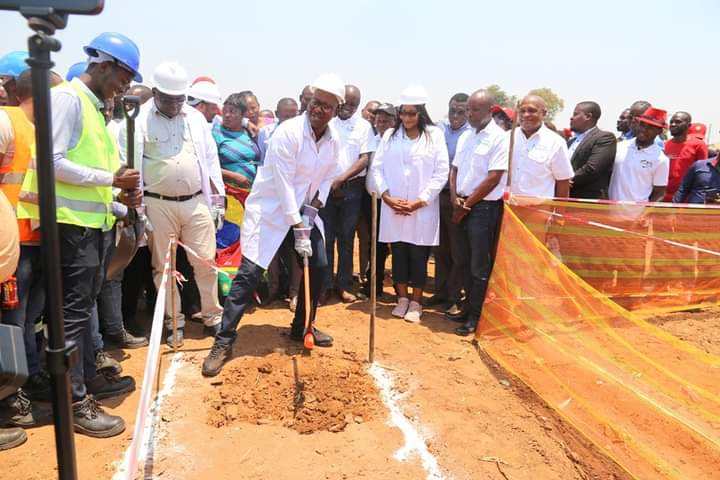 GOVERNMENT has flagged off works on the 156 million euro Zambia Water and Sanitation project on the copperbelt with the aim of benefiting about 503,000 people .

Water and Sanitation minister Mike Mposha says the project which targets Chingola, chililambombwe and Mufulira will be done in a phased approach and is one of the many interventions that will address the water challenges.

Mr. Mposha said this when he handed over the 9.9 million euro Zambia water and sanitation project in chililambombwe district which is expected to benefit about 100,000 people.

He said during the construction phase 1200 direct and indirect jobs will be created.

Mr. Mposha said the project is expected to increase supply hours of water to the entire district once completed while it will improve the health of residents and also business opportunities.

He however said it is unacceptable that some people lack access to the commodity when chililambombwe district had fresh underground water .

Mr. Mposha explained that the project once completed will improve the quality and quantity of water in the district through the rehabilitation of the water treatment infrastructure and distribution system .

The minister has since directed that everyone involved in the project must exercise high levels of credibility to ensure that the project benefitd the community .

He has appealed to all sectors of society to ensure the timely settling of water bills for sustained services.

Meanwhile, Chililabombwe Member of Parliament Paul Kabuswe has called on the contractor to priotise the awarding of jobs to the local community so as to empower them.

He said it is time that the people of Chililabombwe began to acrue the benefits of the policies of the new dawn government.

He said the flagging off of the project was a fulfilment of the promise of the Upnd government in ensuring water and sanitation services were taken closer to the people of Chililabombwe and Zambia as a whole.

Speaking at the same occasion, Mulonga Water Supply and Sanitation Company Managing Director Ndila Hamalambo said the residents of Chililabombwe have for a long time now been waiting for a project that will improve water supply in the area.

Mr.Hamalambo has however, experessed concern that the utility company is still owed over 300 Million Kwacha by both government and private institutions, a situation that has affected negatively on its operations.