Danone is making taste and texture improvements to its oat, almond and soy milks as part of a new “plant-based 2.0” platform launching in the second half of the year, Shane Grant, interim co-CEO of the company and CEO of North America, said during its first half 2021 earnings call.

Danone will launch “dairy-like technology” under the Silk NextMilk and So Delicious Wondermilk brands in this country, and under the Alpro Not Milk brand in Europe. It also plans to restage its entire Oat Yeah line under the Silk brand, and fast-track growth in plant-based yogurt, ice cream, cheese and creamers . The company is planning the platform revamp as its plant-based portfolio globally saw its sixth straight quarter of double-digit growth, which helped drive strong sales increases in the first half of 2021. Grant emphasized the need to differentiate Danone’s offer within the wider segment, which has seen an influx of competition and investment from players such as Oatly, Chobani and Califia Farms

Plant-based dairy is undeniably on fire. According to data from SPINS, the segment’s dollar sales leapt 20% in 2020, quadrupling the growth rate from the year prior. Almost four in 10 U.S. households purchased plant-based milk last year. But Danone sees tremendous opportunity in those other six in 10 households.

“While we might consider plant-based beverage to be very developed, there’s still 60% of users that are not in the category,” Grant said during the earnings call. “And so as the leader of the category, that’s really an opportunity we see to really step up the growth of the segment overall and then our opportunity to really lead it.”

The company knows it must master taste to recruit these consumers. A 2018 survey by Mintel found that nearly two-thirds of U.S. adults said taste was their main driver for eating plant-based proteins, ahead of health. While Grant did not provide much detail on the new taste and texture technology or the timing for its debut in a finished product, he did highlight the multipronged approach Danone is taking to claim its share of the wider plant-based market. 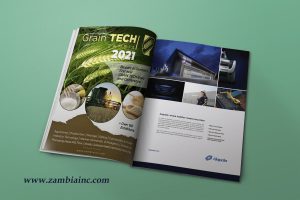 Danone’s “beverage acceleration strategy” has a few key pillars. This includes keeping its Silk master brand modern and relevant, Grant said. In April, it launched a “Milk of the Land” advertising campaign for its Silk line to demystify how almond milk is made. The company considers almond milk, which has the greatest share of the plant-based dairy segment, as the entry point for new consumers.

“So we continue to stay very assertive on providing points of differentiation in that segment. And you should expect more on that to come certainly in the U.S. later this year and into ’22,” Grant said.

The company also is working to stay competitive in the oat segment. It faces stiff competition from Oatly, which had been riding high off its public debut this past May — although its fortunes may have shifted after a short seller accused it of overstating its revenue and margins. In soy, Danone is hoping to continue repositioning the segment with a nutrition focus.

The company also aims to explore adjacencies in yogurt, ice cream, cheese and creamers, which currently make up about one-third of its plant-based revenues. In February, Danone acquired Follow Your Heart, a pioneer in dairy-free cheeses, spreads and dressings. In January, its So Delicious brand expanded into the plant-based cheese space.

“These segments are some of the fastest-growing. They have emerging scale and, in some segments, similar or larger addressable markets versus milk,” said Grant. “With Silk, Alpro, So Delicious and now Follow Your Heart, we have the leadership positions for continued scale and acceleration here.”

A “taste-first” approach will only help Danone meet its 2018 goal of tripling its sales in the plant-based space by 2025. The company plans to launch the reboot at scale in North America by the end of 2021, “and we think it’ll have a big impact going into 2022,” Grant said.