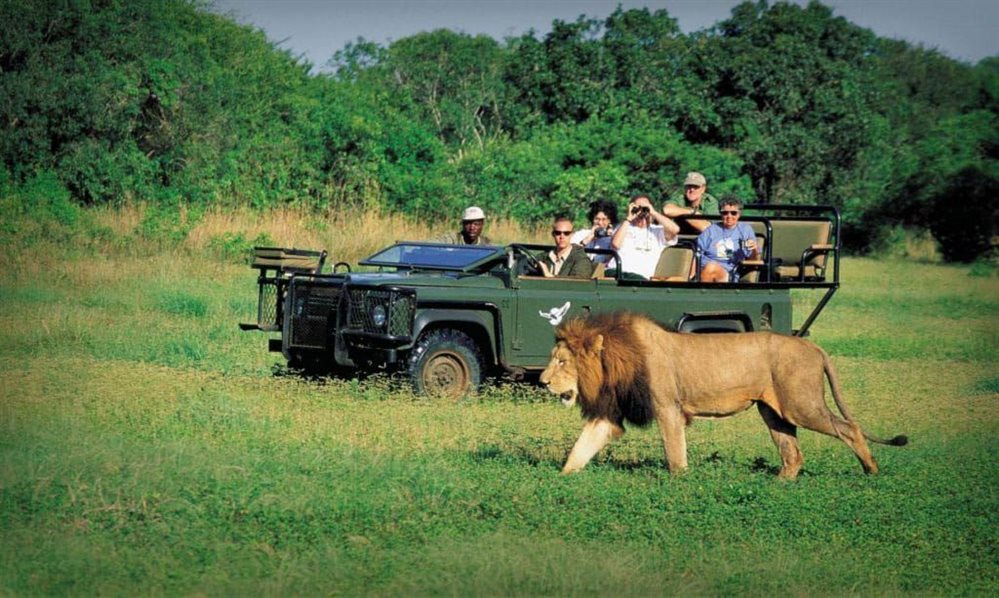 Wondering which country in Africa offers the best safari experience?

There are 54 countries in Africa but there are 10 top destinations that dominate safari tourism on the continent. Each country offers something unique for wildlife travellers.

Botswana is arguably one of the finest safari destinations in Africa, and also one of the most expensive. The country works on a low-density tourism model which ultimately comes with a high price tag. But it’s worth every cent. Botswana attracts adventure travellers with a yearning to escape to pristine wilderness regions that are unfenced, wild and unspoilt by safari crowds.

Botswana is endowed with incredible natural diversity and is home to a UNESCO World Heritage Site and one of the most famous safari destinations in Africa, the glorious Okavango Delta. It’s also home to the lesser known but equally spectacular Chobe National Park. If you can’t get to the Serengeti for the annual wildebeest migration, the zebra migration in Chobe is just as impressive. Read more about Botswana Safaris.

Kenya is home to the iconic Maasai Mara National Park; one of the 7 Natural Wonders of Africa and world-renowned for its breathtaking vistas, pristine wilderness and of course, its legendary mass migration of wildebeest, zebra and gazelle during the Great Migration. Without doubt, the Maasai Mara is at the top of every wildlife lover’s safari bucket list but it isn’t the only reason Kenya is regarded as the ultimate safari destinations in Africa.

There’s Lake Nakuru, home to more than a million flamingoes in season; Amboseli National Park, lying in the shadow of the mighty Mount Kilimanjaro; Tsavo East National Park, one of the largest protected wilderness areas in East Africa… and so the list goes on and on. Kenya offers adventure travellers the quintessential safari experience in wilderness regions that are simply heavenly.

After decades of civil war which saw poaching escalate at an alarming rate and wildlife numbers decimated, Mozambique is back in contention as a premier safari destination in southern Africa. Government and international intervention is driving world-acclaimed wildlife conservation programmes and embattled wilderness regions have been restored to their former glory.

The top two safari destinations in Mozambique are Limpopo National Park in the south and Gorongosa National Park in the north. They are hidden gems that attract intrepid wildlife travellers happy to venture off the beaten path for an exceptional safari experience. Combine a safari tour of Mozambique with a magical holiday on the coast and you’ll have the best ‘bush and beach’ holiday.

Namibia offers ardent wildlife lovers and birders a unique safari experience in a country that’s renowned for its vast desert landscapes and fascinating biodiversity. Despite being covered by the oldest desert in the world, the Namib Desert, the wealth of animal and plant species in the country is remarkable.

The iconic Etosha National Park in Namibia is simply spectacular. Other regions such as the mysterious Skeleton Coast and the breathtakingly-beautiful Sossusvlei and Damaraland are equally impressive. If you have a yearning to escape to one of the most remote and isolated corners of southern Africa where animals have adapted to the harshest environment on the continent, then a safari tour of Namibia is the perfect choice for you.

Thirty years after Rwanda made international headlines for the horrific genocide that took place, the country has taken massive strides to boost its tourism and welcome wildlife travellers back to iconic rainforest regions such as Volcanoes National Park, acclaimed as the finest place on Earth for gorilla and chimpanzee trekking. However, Rwanda has a lot more to offer adventure travellers than its sought-after populations of primates.

South Africa is the safari capital of southern Africa. The country offers wildlife and nature lovers a vast array of safari destinations; from the iconic Kruger National Park and world-famous private nature reserves such as Londolozi, MalaMala and Sabi Sands in the north to private game reserves like Pilanesberg and Madikwe located closer to the capital city and untouched wilderness areas in the Cape and the magnificent Garden Route. Read more about Kruger Park Tours and Safaris.

A safari tour to South Africa’s favourite reserves is highly affordable on the current exchange rate and less expensive generally because the national parks and game reserves are more accessible than those found in Botswana, Kenya and Tanzania.

Safari travellers also have a vast choice of accommodation in South Africa; ranging from budget-friendly bush camps and self-catering bungalows and guest houses to ultra-luxury safari lodges and luxury safari tents. The choice of places to stay and things to do on a safari holiday in South Africa are endless. View special rates for Kruger Park Safaris.

Tanzania is without doubt one of the best safari destinations in Africa. The splendid Serengeti is world-famous not only for the Great Migration but also for its awe-inspiring beauty, natural diversity and iconic landmarks such as the Ngorongoro Crater and Mount Kilimanjaro. Combine a holiday in the magical Zanzibar Archipelago with a safari tour of Tanzania and you’ll have the ‘bush and beach’ holiday of your dreams.

The Serengeti is the gold standard of wildlife experiences and a safari destination on every traveller’s bucket list. However, don’t forget wilderness regions in Tanzania that are off the beaten track and a lot less crowded in season. This includes the magnificent Tarangire, Lake Manyara, Mahale and Mikumi national parks.

Uganda is better known for gorilla and chimpanzee trekking but don’t make the mistake of dismissing it as an African safari destination. It boasts untouched wilderness regions that are simply spectacular and renowned for their outstanding biodiversity, unique animal species and prolific bird life.

The landlocked country in East Africa offers adventure travellers incredible places to explore such as the snow-capped Rwenzori Mountains, Lake Victoria and Murchison Falls as well as the iconic Bwindi Impenetrable National Forest. Uganda is home to four of the Big 5 (tragically rhino is extinct in Uganda) and the best place to see the famous four are at Queen Elizabeth National Park and Murchison Falls National Park. Read more about Uganda Tours and Safaris.

Zambia for a safari holiday will surprise and delight you. The country doesn’t attract the same attention as Botswana which can offer you the iconic Okavango Delta but wildlife travellers who know and love Zambia will tell you it’s a topnotch safari destination.

Despite political and economic turmoil in the country, you’ll find that the remote areas of Zimbabwe are still some of the best safari destinations in southern Africa. If you’re travelling with US Dollars or Pounds in your pocket, it’s the most affordable country to visit for the safari holiday of your dreams.

The best town to base yourself in is Victoria Falls for a combination of wildlife, birding, fishing, canoeing and the best adrenalin-packed activities in Africa. From there, you are a 10-minute walk from Victoria Falls National Park, a short drive from Stanley Livingstone Private Game Reserve and a scenic two-hour drive from the rejuvenated and now hugely-popular Hwange National Park. If that’s not enough, you can book a safari day or overnight tour to Chobe National Park in Botswana.