Africa’s second largest copper producer, Zambia has finally commenced bailout package discussion with the International Monetary Fund – IMF. Zambia and the Washington based lender commenced consultative virtual meetings on the 22 June running to 01 July 2020. Zambia’s MinFin is led by Dr. Bwalya Ng’andu while the IMF mission team was led by Dhaneshwar Ghura. It has taken the copper producer since 2017 to reach this stage following waning fiscal posture characterized by rising debt, widening fiscal deficits and depleting reserves which has weighed economic growth significantly.

“Since 2017, this is the most important stage in our relationship with Zambia,” the IMF Mission Chief said.

Zambia currently has an information exchange with the IMF. Zambia’s MinFin Head Ng’andu has confirmed that the government is in support of the process and looks forward to the best possible outcome for the economy from the engagement.

Zambia currently grapples with ballooning debt of $11.23bln for which it has hired Lazard Freres a French Investment banking firm to conduct liability management as the copper producer seeks to restore itself to fiscal fitness. For $5mln the French advisory firm will restructure the copper producers external debt over a 3year period. Zambia’s dollar debt spiked to 67-72% in March period as disease pandemic amplified fiscal posture sending its eurobonds maturing 2022, 2024 and 2027 (amounting to $3bln) to worlds worst performing emerging and frontier market assets.

The Southern African nation has an array of risks to growth ranging from energy bottlenecks, economic woe exacerbated by disease pandemic and blips of political risks brewing on the horizon. Mining sentiment remains bleak as litigation risks and energy stability remain elevated while agriculture outlook for the year is bullish as crop yields are expected higher.

The red metal exporter is forecast to recede -0.8% according the World Bank revised estimate from -2.6% IMF projection made at the virtual spring meetings. 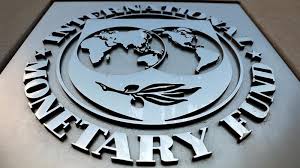